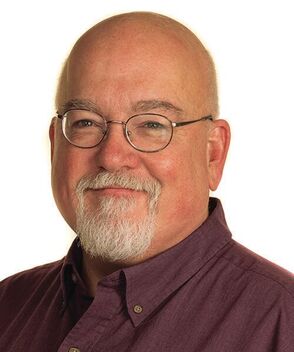 Travis Rogers, Jr.
My interest in music began at an early age by hearing the absolutely enthralling sounds coming from the house of a classically trained pianist in my grandmother’s neighborhood. So my first exposure was classical piano. But something wonderful happened in February of 1964 while sitting in my grandfather’s lap and watching the Ed Sullivan Show. You know what it was; it was the first American appearance of the Beatles.

My cousin Randy began collecting all of the 45 rpm single of the Beatles and all of the British Invasion bands as well as the American groups that began to emerge in the mid-60’s. From Randy’s collection, my cousin Linda and I began to explore the sounds that would have such an effect on us. The Beatles were and would remain something special in our lives.

At the age of seven I was able to begin taking piano lessons on my own. My first piano teacher was a wonderful woman who allowed me to follow my own interests. After about three months of lessons and playing from the introductory level of the John W. Schaum music course, I told her that I wanted to play Beethoven. She didn’t laugh. She didn’t tell me that I was an idiot and was over-reaching. Instead, she transcribed a section and made it suitable for a beginner. I remember that it was beautifully written on fresh staff paper and I almost choked in my excitement at playing that G-G-G-A… with both hands (actually two index fingers). Oh, my God! I knew that song! I was playing Beethoven!

All the while, Linda and I were still exploring Randy’s ever-growing record collection. While culling through his spindle of singles, I found a record that excited me greatly. It was still the Beatles but they had taken a turn into the psychedelic realm. “Picture yourself on a boat on a river with tangerine trees and marmalade skies. Somebody calls you, you answer quite slowly, the girl with kaleidoscope eyes.” Now we were onto something. “Incense and Peppermints” by the Strawberry Alarm Clock and “Astronomy Domine” by Pink Floyd propelled me along that road. These were no longer just dance songs; they were intonations of imagination and history.

I had more great teachers to be sure but one stands out for a special reason. His name was Paul Newman (no, not that one) and I began lessons with him when I was about 15 years old. By this time, I was really into the music of what became known as progressive rock: Yes, King Crimson, Genesis and more. I was editor of my high school newspaper and I had started writing reviews of records. I wrote a review of the Yes album called “Relayer” and it appeared in the current edition of the newspaper. Mr. Newman saw it and began reading it as I warmed up with the scales. He eventually read all of the reviews I had written and he confessed to buying some of the albums that sounded the most intriguing. “Relayer” was the first one he bought.

One lesson with him turned out to not be a lesson but a conversation. He said that my writing about the music helped him to hear the music in a different way. “I have been teaching music for over thirty years,” he said, “but I would never have heard it correctly were it not for your review.” He told me that my gift was” not in the creating of music but in the revealing of music through the pen. You have a great understanding of music theory and you have the ability to make music understandable.” I was 16 years old. It was the best thing he could have said.

I continued to study piano performance but my attention began to shift to understanding the composer and the music instead of repeating the sounds written so long before. I could not interpret the music on a piano keyboard but I could do it on a typewriter keyboard. Thanks to Mr. Newman’s analysis, I wrote with understanding.

Later that year, the third transformative moment occurred at the house of a high school friend. We were going to some high school function and he was cleaning his shoes when I arrived to pick him up. He told me that he had something that he wanted me to hear and put on a record that remains one of my favorites today. It was “the Koln Concert” by Keith Jarrett. Piano jazz. The next day found me at the local record store buying that album and more by Jarrett, Herbie Hancock and Chick Corea. This was the music that I had waited my whole life to hear.

This was the music that my heart and pen had long awaited.

This site and the material contained herein is protected by copyright and trademark laws under U.S. and International law. No part may be copied without written permission of the author.
© copyright 2011-2022. Travis Rogers, Jr. All rights reserved.